Use our search facility to hunt down the best prices for Kent camper van and motorhome holiday hire. If there is an amazing camper van or motor home hire deal on offer in Kent, here is where you will find it! This search service is operated by one of the world’s most experienced motorhome booking agents who book thousands of motorhome holidays each year!

Motorhome and Campervan Hire in Kent

Kent is a county in South East England, bordering Greater London, Surrey and East Sussex. It also shares a border with Essex, along the River Thames estuary and with Pas-de-Calais in France, through the Channel Tunnel. Archaeology has revealed that the county has been inhabited since before the Stone Age and archaeological finds have also included those from the Bronze Age, Iron Age, and the Roman occupation, in addition to later periods. 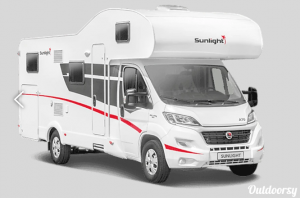 As you will discover in your rented motorhome through campervanhire.com, Kent has a long and illustrious history, having once been a kingdom of the Jutes (an ancient Germanic people who came to England along with the Angles and Saxons), becoming part of the Kingdom of England in the 10th century. Although the county town is Maidstone, it is Canterbury, with its famous cathedral, which is probably the best known and is the centre of Christianity in England, attracting thousands of pilgrims each year. Said to be the warmest county in England, Kent is famous for its fruit and hop growing (the latter is used in beer making) and as a result, is known as ‘The Garden of England.’ Its traditional market towns, such as Tonbridge, are a testament to the history and fame of Kent’s local produce.

Kent is home to 2 cathedrals, 26 castles, sweeping coastlines and two Areas of Outstanding Natural Beauty – the North Downs and The High Weald. There is plenty to explore in this lovely county, all of which can be accessed through hiring a campervan or motorhome in Kent.

Go your own way with a campervan hire in Kent 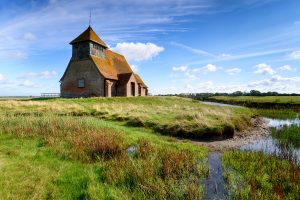 Hiring a campervan or motorhome in Kent means that you get to plan your own schedule, staying where you want, for as long as you want. You aren’t restricted to hotel rules and regulations or with hotel restaurant opening times You can change where you stay and when you eat every day, if you want. You could even hop on a ferry in Dover and head over to France for the day. It’s up to you and the budget you have decided on for fuel.

Come rain or shine, explore in your rented campervan or motorhome in Kent

Thanks to campervanhire.com, hiring a campervan or motorhome in Kent means that you’ll have everything you need on board with you – your very own ‘home from home. So no matter what the weather is doing you’ll be able to get out and about. Even if it’s raining, you can find a peaceful place to park up and enjoy the view or explore a museum or castle and you’ll have somewhere warm, dry and cosy to come back to for a cuppa or tasty meal.

Kent is packed full of things to do and see in your camper van or motorhome from campervanhire.com. You will find history in abundance, beautiful walks, stunning gardens, a coastline of over 207 miles, including the White Cliffs of Dover, and plenty of activities for children.

Kent has a proud maritime heritage, stretching back nearly two thousand years. A visit to the Historic Dockyard at Chatham means you’ll be following in the footsteps of famous seafarers such as Hawkins and Nelson. Originally built by Henry VIII, hundreds of naval vessels have been built here, including HMS Victory. It was also the childhood home of Charles Dickens, whose father worked in the Royal Navy pay office at the dockyard. Here you can climb aboard a sloop, destroyer and submarine. Discover the town of Dover, not just an entry and exit point to the UK but also home to museums, Battle of Britain artefacts, a stunning castle and the East Kent Railway.

Hiring a campervan in Kent gives you access to a choice of historic houses and castles, including Leeds Castle, Hever Castle – once the home of the ill-fated Anne Boleyn – Rochester Castle, with its Norman keep, and Scotney Castle, a 14th-century country house with its own moat. As you would expect from ‘The Garden of England’, there are beautiful gardens to explore, such as Sissinghurst, created by poet and writer Vita Sackville-West, the Riverhill Himalayan Gardens and Godington House and Gardens with its beautiful Italianate garden and cleverly shaped yew hedge, to name but a few. 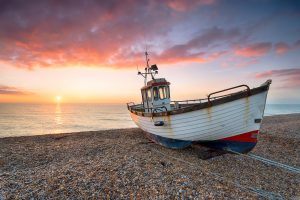 A visit to Kent in your rented motorhome from campervanhire.com wouldn’t be complete without taking time to explore the breathtaking Canterbury Cathedral, one of the oldest and greatest cathedrals in England. The first archbishop was St Augustine who founded the cathedral in 597AD but it was completely rebuilt in the 1070s, after the Norman invasion. Pilgrimage to Canterbury is the focus of Geoffrey Chaucer’s Canterbury Tales and, equally famously, the cathedral was the site of the murder of Thomas Beckett.

Traditionally, wherever the British monarch is crowned, it has been presided over by the Archbishop of Canterbury, as the most senior churchman in the Church of England. Rochester Cathedral is England’s second oldest cathedral and a visit will reveal a fascinating history, told by new interactive exhibits and its greatest treasure, the Textus Roffensis, the only existing copy of the first code of English Law.

As Kent is famous for hop growing, you might want to take a trip in your rented campervan to one of Kent’s breweries and sample some of the local beer. There’s plenty of choices, including the Shepherd Neame Brewery, the Musket Brewery and the Old Dairy Brewery, all of which offer tours. Kentish soil is so good that vines also grow in abundance and there are several award-winning vineyards well worth a visit in order to get a taste of English wine – and perhaps buy a bottle or two!

Get outdoors with campervan hire in Kent

You’ll be spoilt for choice when it comes to outdoor activities in Kent. There’s something for everyone, whether it’s just the two of you, a group of friends or all the family. Head off on a long walk along the Kentish coastline, cycle along the Isle of Harty Trail or the Viking Coastal Trail, tee off at any number of excellent golf courses, try your hand at watersports (in good Kentish maritime tradition) or spend the day riding on the Kentish downs. 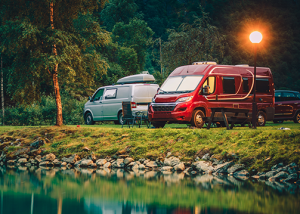 A holiday in a campervan or motorhome in Kent is great for kids. There’s something new for them to discover every day and at the end of a busy day, there’s a cosy place to snuggle up for a good night’s sleep. Leeds Castle has a special children’s playground as well as falconry displays, a maze and grotto. A special jousting tournament is held each year.

Wildwood is an amazing adventure playground set in 40 acres of ancient woodland and is also home to bears, wild boar, otters and other animals. Other furry friends can be found at Wingham Wildlife Park. Step aboard one of Kent’s five heritage railways or discover the county’s Roman past at the Canterbury Roman Museum. Explore Chislehurst Caves during a lamplit guided tour and hear about Druids, Romans, Saxons, World War 2 and more.

Festivals and Events in your hired Campervan

What better way to attend one of Kent’s many festivals and events than in a campervan? No muddy groundsheets, no leaking tents but lots of space and somewhere to keep your things safe. So hire a campervan in Kent and plan a festival-themed holiday of music, food and drink, medieval pageantry, flowers and art. There is also a superb air show, The Battle of Britain Air Show, featuring Spitfires and Hurricanes. The Kent Show is the county’s agricultural show, bringing together animals, food, fun and excitement, giving a feel of what ‘The Garden of England’ has to offer.

Hiring a campervan or motorhome in Kent gives you hundreds of options, only a few of which we’ve mentioned above. So get in touch today and find out how you can start to plan your mobile holiday with campervanhire.com. 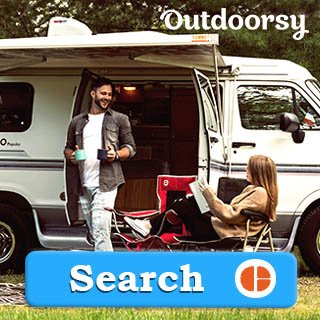 Hire a Campervan, Motorhome or RV from the most trusted marketplace in the world!